on July 07, 2018
Coming back to blogging after a such a unexpectedly long break, felt quite frightening if  I'm completely honest.

Is anyone gonna still be following? Even if they are, are they gonna be interested in the blog anymore? Have I made it too hard to find changing the name and domain?

I must have said 'i'll be back to blogging soon' so many times I've lost count! What makes this time different from all the other times I've said it?

One thing that I can definitely say is different, is my attitude to the bad days. The reason my break kept getting extended and extended was because everytime I had a 'off day' or my mental health was bad, I would struggle to write a post even if I had ones planned or I'd just refuse to write at all till I felt better, and then when I did feel better I'd struggle to get my motivation back up because I felt guilty for not posting. So it became a bit of an endless cycle.

But this time something has just clicked, part of the reason being the amazing, supportive community I have found in Coventry Bloggers, part of it being because of the Shane Dawson and Graveyard Girl Collab series that had me in tears, and part of it just being the 'fuck it' attitude I've gained over the last year or so. 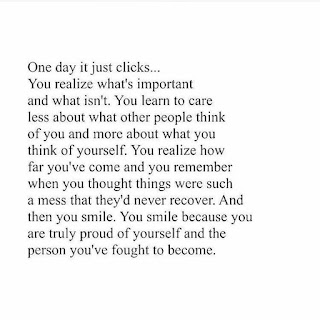 This is my blog, my own little slice of the internet and I  shouldn't hide any part of me because others don't wanna see it or because I'm scared of what others would think of me. And if I want to share a bad day or write an honest post about how many messy my life can be, then I will.

And that's part of why I renamed the blog Just Gem. One, I felt that A Girl Called Gemma was just a bit dated, I'm two years away from 30 (holy shit that feels scary just saying that ) so girl in the title just didn't feel right. And two, I want this blog to be real and honest, and I am Just Gem. I have my bad days, I have my good days and I have some in between. Its just me, the things I love, the things I don't love and everything in between.

So here's to a new beginning and honesty, with all the ugly bits left in. 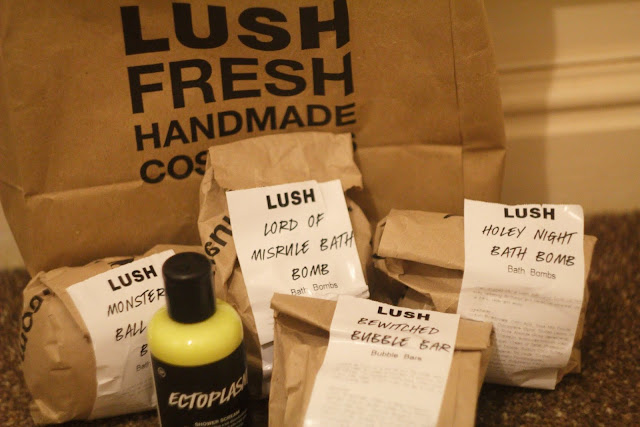 Ah I love this time of year! The leaves are changing colour, the air is crispier and everything just feels cosy! But most importantly, Lush get there Halloween and Christmas range in! And of course I had to go pick a few bits!
It's only a small haul this time, and is mostly Halloween products with one Christmas product that I just had to try!
I will be picking up some Christmas bits very soon so look out for that!

So let's get stuck in!
The first thing I had to pick up was of course Lord of Misrule bath bomb which is one of my all time favourites from Lush. I've bought this year after year, and i'm definitely making sure I stock up this year! I hope they never discontinue this! You can also get it in a Shower cream Online which is great if you love the scent but don't like baths/don't have a bath at home. Its spicy herbal scent isn't my usual go to at lush, but there's something about this blend that just draws me in and makes me feel all cosy and ready for…

Hey Lovelies,
So I'm back once again, and there's a few changes...to me and the blog!

I've moved hosts, changed the name and bought my own domain..which may mean I lose a few followers but hopefully you'll come back or i'll gain some new ones! The changes to me we will discuss in another post.

But anyway I'm back!! I don't have a strict schedule or any schedule to be honest atm, as it's attempt god knows what at trying to get my mojo back, I realised in all the other attempts I've tried to push myself into a strict schedule straight away or commit to more than I could manage at the time, due to mental health, life commitment etc. So this time I want to be able to take my time and work myself back into a schedule, so the posts might not be regular or in any time of schedule for a while but i'm back blogging and that's the important thing.

And damn, I really have missed blogging, especially these last few months! I still take photos for posts, …

Escape Rooms are becoming one of most popular attractions across the UK and further, and Escape Reality is definitely a firm favourite from the reviews I've seen, and from my recent visit with the Covbloggers girls, I can see why!

Escape Reality opened up in Coventry just over a year ago (they celebrated their first birthday in Summer last year), and have escape rooms all across the U.K and even some in the states and Dubai.
They offer an immersive escape room experience, in their movie inspired rooms where you have 60 minutes to work as a team to solve riddles, puzzles and spot the clues in a race against time to escape the room.


There are 8 rooms currently in their Coventry location... Jungala, Scarlett, The Asylum, The Heist, Alcatraz, Murder in Whitechapel and their two newest rooms... Down the Rabbit Hole and Tortuga Pirates.
We went along to have an attempt at the Alice in Wonderland inspired room,  Down the rabbit hole. We had a mixed experience of escape rooms, some of…